Jane Potter from the Oxford International Centre for Publishing Studies at Oxford Brookes has been selected as one of the twelve researchers invited to participate in an AHRC/BBC workshop on the First World War. The AHRC (Arts and Humanities Research Council) issued a call in December inviting expressions of interest from researchers interested in taking part in an event that will help inform and influence BBC thinking around the coverage of the centenary of the First World War in 2014.

Jane Potter is the editor of a new Penguin Classic, Three Poets of the First World War: Ivor Gurney, Isaac Rosenberg, Wilfred Owen (2011). Her co-editor is Jon Stallworthy, Professor Emeritus of English at the University of Oxford. Jane is also editor of the Wilfred Owen Association Journal.

It was the first AHRC call of its kind and a total of 73 expressions of interest were received with 12 researchers selected by the specially convened panel.

Posted by .(JavaScript must be enabled to view this email address) on 01 Feb 2012 around 5pm

The poet Wilfred Owen was killed on 4 November 1918 at Ors in the north of France, seven days before the Armistice was announced. His parents received the news on Armistice Day itself.

His house has now been turned into an ‘imaginary building’ – a work of art by Simon Pattinson – leaving untouched the cellar in which Owen wrote his last letter home to his mother. ‘There is no danger down here - or if any, it will be well over before you read these lines.’ In a recent R4 programme, Bleached Bone and Living Wood, Jane Potter, Senior Lecturer at the Oxford International Centre for Publishing Studies, was interviewed about the conversion of the house. She was also interviewed in the Oxford Times.

Posted by .(JavaScript must be enabled to view this email address) on 19 Nov 2011 around 6pm 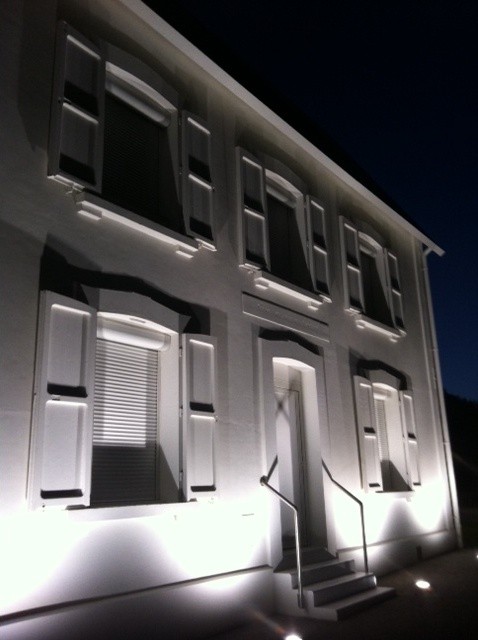 Alexandra Wilson (Senior Lecturer in Musicology) can be seen on BBC4 this week, contributing to a documentary entitled "Opera's Fallen Women" to be broadcast on Friday 25 March at 8.30pm. The programme, presented by music director of the Royal Opera House Antonio Pappano, investigates the representation of 'fallen women' in operas by Bizet, Verdi, Puccini and others. It will be followed by the television premiere of Mark-Anthony Turnage's new opera "Anna Nicole", about the life of former Playboy model Anna Nicole Smith.

Posted by .(JavaScript must be enabled to view this email address) on 22 Mar 2011 around 9am

Around The A4074 with Felicity Ford

On Boxing Day – 26th December 2010 – at 6pm on BBC Oxford, Felicity Ford’s radio project Around the A4074 will be aired on local radio for the first time. The schedule listing is here. The radio project was one of Felicity’s major research projects, created as part of her practice-based PhD at Oxford Brookes, entitled ‘The Domestic Soundscape and beyond… Presenting everyday sounds to audiences.’ The radio show explores how the everyday context of the commute might be seen or explored differently, and features interviews with Joe Moran – writer of On Roads; Andy Letcher – lead singer of Oxfordshire band Telling the Bees; discussions with Ed and Will from A Walk around Britain; features on The Warborough and Shillingford Festival; theWoodcote Steam Rally; the Biker’s Cafe at Berinsfield; Brazier’s Park and much, much more. The show features music from local bands including The Keeling Curve, Band of Hope, BanjoCat and Telling the Bees, as well as a huge array of environmental, ambient sounds recorded by Felicity Ford herself, in her many on-foot forrays around the A4074.

You can read more about the background of the project here.

Posted by .(JavaScript must be enabled to view this email address) on 22 Dec 2010 around 1pm

Senior Lecturer in Musicology Alexandra Wilson presents Rossini's rarely heard opera Otello on BBC Radio 3 on Saturday 11 December at 6pm. Although Rossini's version has been overshadowed in recent years by Verdi's setting of Othello, it was a huge hit in its day and tells us much about the nineteenth-century European reception of Shakespeare. In this concert performance by the Lyon Opera, recorded last month in Paris, the title role is sung by American tenor John Osborn and Desdemona is sung by Anna Caterina Antonacci. More information can be found on the Radio 3 website: http://www.bbc.co.uk/radio3/

Posted by .(JavaScript must be enabled to view this email address) on 09 Dec 2010 around 2am

Senior Lecturer in Musicology Alexandra Wilson presents Bizet's opera Les Pecheurs de perles on BBC Radio 3 on Saturday 30 October at 6pm. Les Pecheurs de perles tells the story of a rivalry between two men for the love of the same woman, but it is also an opera about friendship, celebrated in one of the most famous of all operatic duets. This production, from the Royal Opera House Covent Garden, is conducted by Antonio Pappano and features soprano Nicole Cabell, baritone Gerald Finley and tenor John Osborn. Further details can be found on the Radio 3 website: http://www.bbc.co.uk/radio3/

Posted by .(JavaScript must be enabled to view this email address) on 12 Oct 2010 around 6pm

From 2nd-14th August 2010, Dr Christina Horvath attended a Summer School in Urban Photography, offered by Goldsmith College in London. This highly intensive two week-course developed in collaboration between Urban Encounters and the Centre for Urban and Community Research (CUCR), provided participants with practical and theoretical training in key aspects of urban photographic practice. Designed for artists and researchers who address notions of urban space and culture, the program explored how the practice of making urban images might inform the development of a reflexive and critical research perspective. The course was particularly relevant to the research and teaching of Dr Horvath who currently works on representations of Paris in contemporary French literature and cinema and offers modules on urban narratives. Funded by the Stuff Development Fund, this training opportunity enabled Dr Horvath to establish a link between her scholarly research in the field of urban theory and her photographic practice and helped her develop new inventive research methods with a strong orientation towards the cultural and the visual. Her pictures were shown at Goldsmith College along with other participants’ photographic work in an exhibition inaugurated on the 14th August 2010.

Posted by .(JavaScript must be enabled to view this email address) on 04 Oct 2010 around 6pm

During 2009-2010 members of the SARU from Fine Art and Music have been collaborating with International Visiting Fellow Jos Zwaanenberg on the creation of a series of new works. Efthymios Chatzigiannis, Paul Dibley and Paul Whitty from Music visited STEIM in Amsterdam in June to work with Jos Zwaanenberg on a performance of their new works. STEIM is a centre for the research and development of instruments & tools for performers in the electronic performance arts. Early Career Fellow in Sonic Art Stephen Cornford has also created a new work for Jos which will form part of a CD release featuring all of the works... watch this space for more news!

Posted by .(JavaScript must be enabled to view this email address) on 19 Jul 2010 around 10am

Filed Under Research | Postgraduate | New on the Web

Senior Lecturer in Musicology Alexandra Wilson will be one of the speakers taking part in the BBC Proms Intro event on Sunday 18 July at the Royal College of Music. Together with fellow musicologist Roger Parker (King's College London) and Radio 3 presenter Louise Fryer, she will be discussing Verdi's 1881 opera Simon Boccanegra, exploring its music, historical contexts and performance history. The opera will be performed at that evening's Prom by the Royal Opera, conducted by Antonio Pappano, with a cast that includes Placido Domingo in the title role. The concert will be broadcast live on Radio 3, and highlights from the Proms Intro talk can be heard during the interval.

Posted by .(JavaScript must be enabled to view this email address) on 15 Jul 2010 around 9am

Dr Christina Horvath Senior Lecturer in French has been awarded a £1500 travel grant by the British Council to visit Florida Atlantic University in early September 2010. The aim of the proposed visit is to initiate a new interdisciplinary research co-operation between researchers from Oxford Brookes University, UK, and Florida State University, US. The research expertise of Dr Christina Horvath and Dr Frederic Conrod lie in the field of suburban culture in contemporary France, a fast-growing and dynamic research area in French studies which demands to be explored from a variety of point of views combining approaches in comparative literature, film studies, urban sociology, cultural studies and architecture. Infamous for the riots in November 2005, the most serious civil unrest France experienced since the Algeria war, ‘banlieues’ are troubled suburban communities. Isolated from the centre, these huge housing projects built in the 1950’s and 1960’s to relieve housing shortage, have gradually become ghettos containing a dense concentration of minority ethnic populations. These disadvantaged neighbourhoods are suffering from high unemployment and crime rates and insufficient social services. Narrative works concerned with their representation are today a vibrant part of the rapidly growing field of post-colonial culture in France.

Posted by .(JavaScript must be enabled to view this email address) on 23 Jun 2010 around 10am