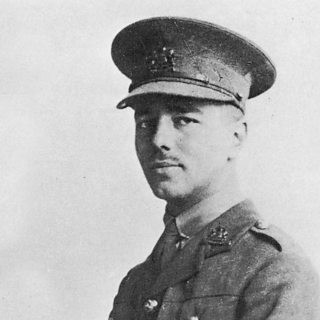 On Thursday 27 October 2022, Dr Jane Potter from OICP appeared on In Our Time, presented by Melvyn Bragg. The R4 programme discussed the celebrated British poet of World War One. Wilfred Owen (1893-1918). Owen had published only a handful of poems when he was killed a week before the end of the war, but in later decades he became seen as the essential British war poet. His works such as Anthem for Doomed Youth, Strange Meeting and Dulce et Decorum Est went on to be inseparable from the memory of the war and its futility. However, while Owen is best known for his poetry of the trenches, his letters offer a more nuanced insight into him such as his pride in being an officer in charge of others and in being a soldier who fought alongside his comrades.

With Jane Potter, Reader in the School of Arts at Oxford Brookes University, on the programme were Fran Brearton, Professor of Modern Poetry at Queen’s University Belfast, and Guy Cuthbertson, Professor of British Literature and Culture at Liverpool Hope University.

You can listen to the programme here on BBC Sounds

Posted by .(JavaScript must be enabled to view this email address) on 27 Oct 2022 around 2pm