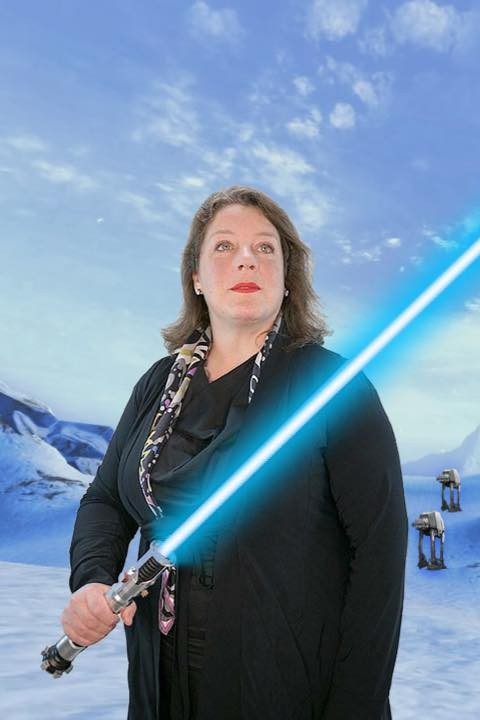 Leander Reeves started her publishing career with a BA Hons in Publishing and Visual Studies at Oxford Brookes University. Her first teaching appointment at Brookes began during her Masters in Electronic Media, where she taught on the undergraduate degree module, Electronic Publishing Processes.

Leander’s main area of teaching intersects media, publishing, journalism and culture. Leander has published on celebrity, hyperreality, The Goldbergs, nostalgia, American culture, Westworld, time travel, Princess Diana, and she can sometimes be heard on BBC Radio Oxford discussing contemporary cultural issues. She is an Associate Editor for the Journal of Magazine Media.

She is able to ruin Christmas for students in a just few lecture slides, her house is full of sci-fi and her office is full of magazines.

Her research interests include: hyperreality - and everything that intersects with it from politics and journalism to popular culture, nostalgia and television.

Leander has given many papers at academic conferences on topics centred around culture and media, nostalgia and hyperreality, gender and consumer magazines. From “The Politics of Nostalgia: Queer, Strange and Hyperreal on the American Screen” at the British Association of American Studies, to “Is magazine publishing still powerful enough to shape societal values?” at By the Book 6 Power Dynamics in Publishing, Florence (Italy). Her research is interdisciplinary and spans the full gamut of media, its platforms and influences; she finds most things interesting!

Leander is the Associate Editor of The Journal of Magazine Media https://muse.jhu.edu/journal/739

Books and other publications

"Diana: magazines, her celebrity and its lasting impact on an industry" in Stam, D. and Scott, A. (2014) Inside Magazine Publishing. London: Routledge, Taylor & Francis Group

"Yul Brynner's Hat and Time Travel in the Hyperreal" Goody, A. and Mackay, A. (eds) (2019) Reading westworld. Cham: Palgrave Macmillan