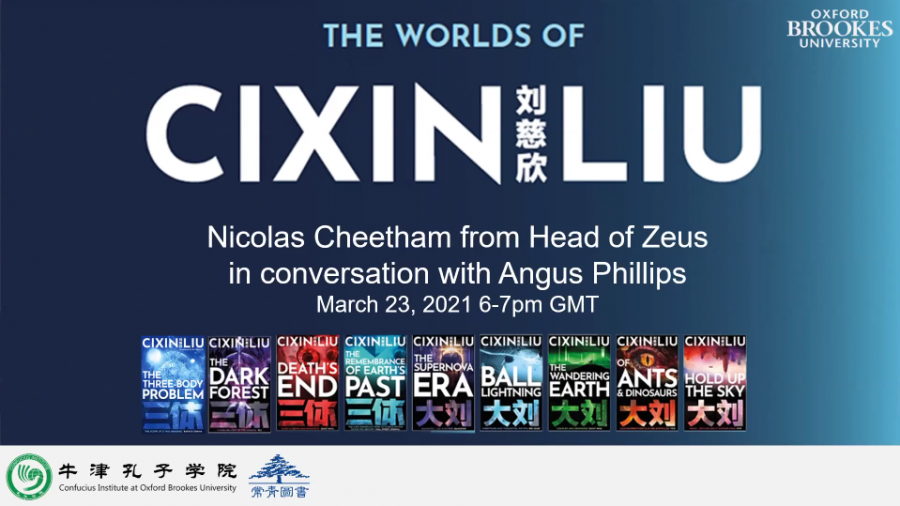 Angus Phillips in conversation with Nicolas Cheetham, CEO of Head of Zeus

Angus Phillips in conversation with Nicolas Cheetham, CEO of Head of Zeus and the publisher of Liu Cixin’s works in the UK. Nicolas talks about the success of the books, SF in China, and future publication plans. Liu Cixin was the first Chinese author to win the prestigious Hugo Award. President Barack Obama praised his The Three-Body Problem as ‘just wildly imaginative’ and Mark Zuckerberg recommended it to his Facebook followers.  This webinar was an event for the Book Club established by the Confucius Institute at Oxford Brookes.

Filed Under In Conversation with OICP | Publishing