Entry into the publishing industry seemed like an impossibility for me until I discovered the Stationers’ Company and the MA programme at the Oxford International Centre for Publishing. Having graduated from the University of Birmingham in 2017 without any contacts in publishing and residing in an area where publishing was not a large industry, I struggled to get a foot in the door. Having unsuccessfully applied for publishing jobs, graduate schemes, traineeships and internships, I resigned myself to the fact that it would be near impossible. ...

Two marketing jobs later and having reignited my passion for publishing after starting a Bookstagram account, I decided to try applying for publishing roles again with my marketing and publicity skillset up my sleeve. I was also fortunate enough to gain two weeks’ work experience at Penguin Random House with the Penguin General editorial team. I had more success securing interviews for two positions but did not land a job.

Then the pandemic hit and jobs I had been shortlisted for interview were put on hold. An old university friend had recently started working in publishing after doing a publishing master’s degree. A master’s was something I had never really considered. I was the first in my family to go to university and having a bachelors to my name was above and beyond anything anyone in my immediate family had done. However, I was persuaded to look into publishing MA courses after hearing of the networking opportunities, skills and job application tips that would help with applying for roles in the future. I found the course at OICP at Oxford Brookes and was sold. The modules sounded so interesting and I liked how the course would equip me with practical skills as well as allowing me to explore theoretical aspects of publishing. The only problem was money.

I am from a low socioeconomic background and could not afford the course, especially in 2020 when shops were closing, businesses were shutting down and the prospect of a part-time job to support me while I studied was not guaranteed. I asked my friend how they managed it and they told me they received a bursary from the Stationers’ Company.

Established in 1403, the Stationers’ Company is a City of London livery company for the Communications and Content Industries including paper, print, publishing, packaging, newspaper, broadcasting and online media industries. Each year, bursaries and mentorship are awarded to postgraduate students wanting to study in these subjects as part of its postgraduate bursary scheme. I applied for a place on Oxford Brookes’ Publishing Media MA and got accepted hopeful that I might be awarded the funds to go.

Following an extensive online application, I was shortlisted for an interview, for which I had to present why I felt I was deserving of the award, why I had applied and the reason being a part of the Stationers’ Company appealed to me. Later that day I got the news – I was one of the fourteen recipients of the Stationers’ postgraduate bursary. I was extremely fortunate that Nicholas Brealey, one of the trustees of The Stationers, was appointed as my mentor. Nicholas gave me advice on applications, my dissertation and he also offered to put me in touch with some of his contacts. This guidance, alongside support from the OICP, was truly invaluable.

About half way through the course at Oxford Brookes I got a part-time internship at Fairlight Books, an independent publishing house in Oxford and shortly after was offered a full-time position as Editorial and Marketing Assistant. After a long and uncertain journey, I had finally made it into publishing!

In November 2021, I was invited to an awards ceremony to collect my bursary certificate. The ceremony was held at Cutlers’ Hall (as Stationers’ Hall was undergoing refurbishment) and was a combined celebration of the 2020 and 2021 bursary recipients and a welcome into the Stationers. I am very much looking forward to getting involved in the Young Stationers and being made free of the company later this year.

Accessibility is a prominent barrier in publishing so I am extremely grateful that the Stationers’ Postgraduate Scheme and others exist to help open up the industry to those who otherwise might not have had the opportunity. 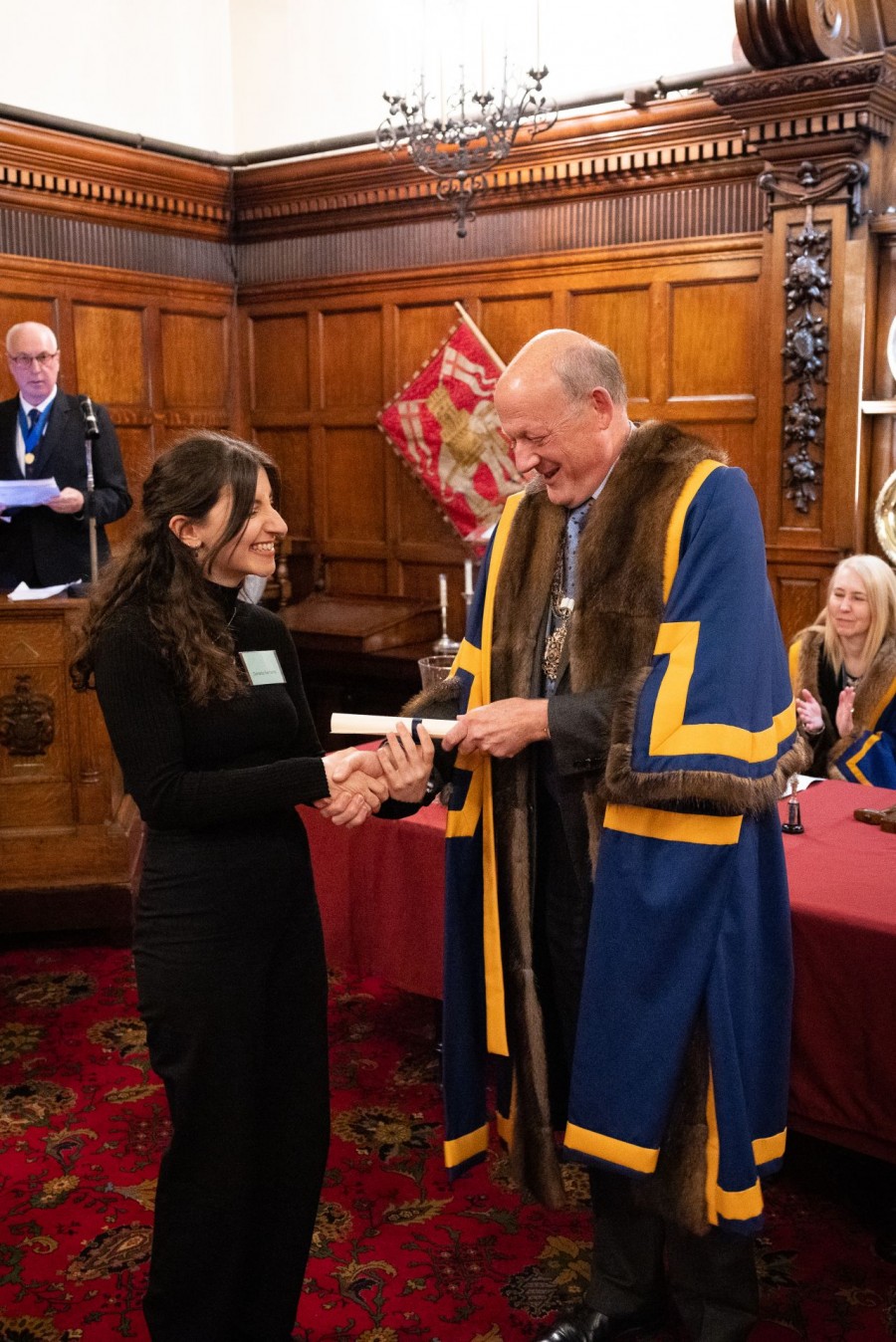