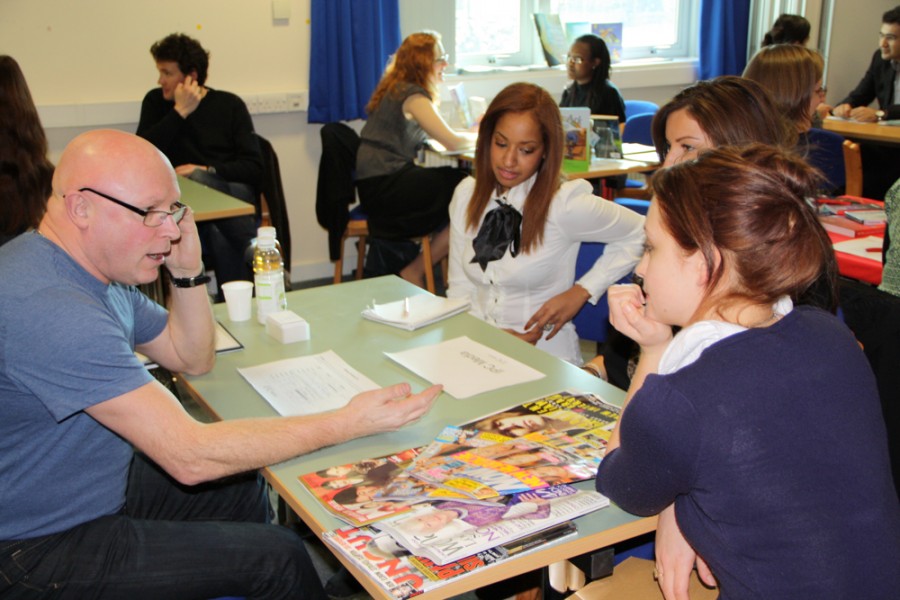 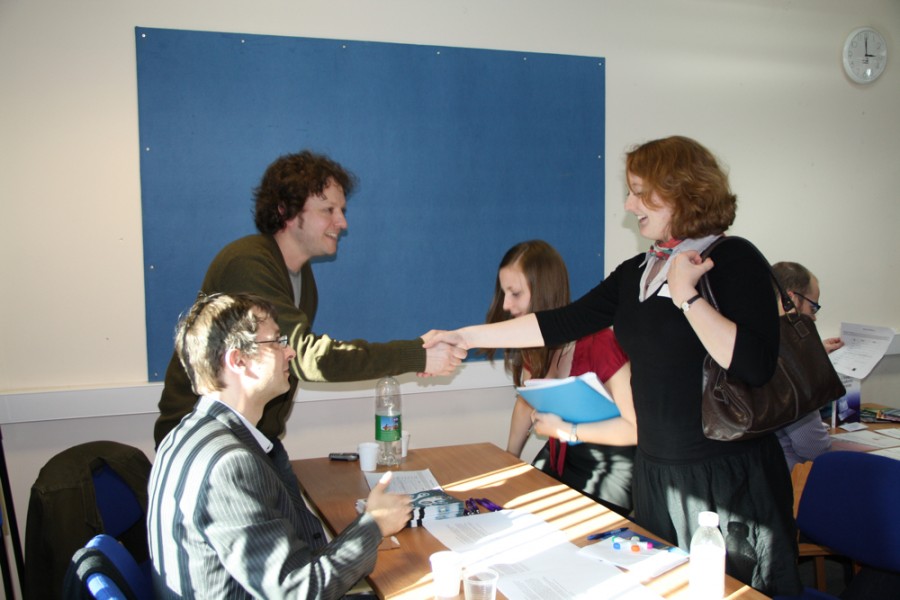 MA Publishing student Catherine Watts writes below of her experience at the Working in Publishing Day 2011 at the Oxford International Centre for Publishing Studies.

‘It was here – the day had arrived. We’d been told to put it in our diaries on the very first induction afternoon way back in September. Now it was Tuesday, March 8th. Or, to call it by its official title, it was Working in Publishing Day.

I was nervous. More than 40 publishing staff were descending on the Buckley building, representing over 30 companies, from small not-for-profit independents to multi-national corporations. There were different strategies of approach among the students. Some had only signed up to see a few publishers, the ones they would be most interested in working for. I, on the other hand, being terminally indecisive, had filled all ten of the 15-minute slots on offer with a range of different types of publisher. I was in for a fast-paced afternoon of speed-dating style networking.

Before this could begin, there were a series of informative talks, starting with some general advice from the Oxford Brookes Careers Centre’s Dr Dan Ferrett. Then a board of Oxford Brookes Publishing alumni took the floor. On the panel were graduates of both the MA and the undergraduate degree, international and home students. All talked enthusiastically about the jobs they have worked in since completing their degrees, and how the course prepared them for employment. It was both reassuring and encouraging to hear their experiences and advice, now that we are edging ever nearer to the completion of our publishing qualifications.

After hearing from some representatives of publishing Recruitment Companies, I was left with some remaining gnawing anxiety. 1) Was my CV harbouring more grammatical mistakes than the entire Lolcats website? 2) It was now time to speed-network... I wondered whether it would be more awkward than that speed-dating session I’d tried once. But the less said about that the better.

My first fifteen minutes was with Elsevier, where the three publishers took it in turns to talk about their roles and how they got into publishing. I shared questions with the undergraduate student to my right (for most of the sessions we networked in pairs) and soon the fifteen minutes were up. This networking wasn’t as scary as I had thought it would be. I got into my stride – literally on a number of occasions to make different appointments across the length of the room – and found it increasingly easier to make conversation.

I was pleased with my broad approach, as talking to so many and such a variety of publishers has familiarised me with a number of different types of publishing business, and allowed me to meet a range of people whose ways into the profession were as diverse as the jobs they do. I was able to ask the same questions about my future career choices – to receive answers from several professionals. Working in Publishing Day was certainly worth the anxiety, because networking is definitely a useful skill in this sector, and, it turns out, is not at all as scary as I thought it would be.

Here are the companies which attended the event:

Posted by .(JavaScript must be enabled to view this email address) on 24 Mar 2011 around 12pm