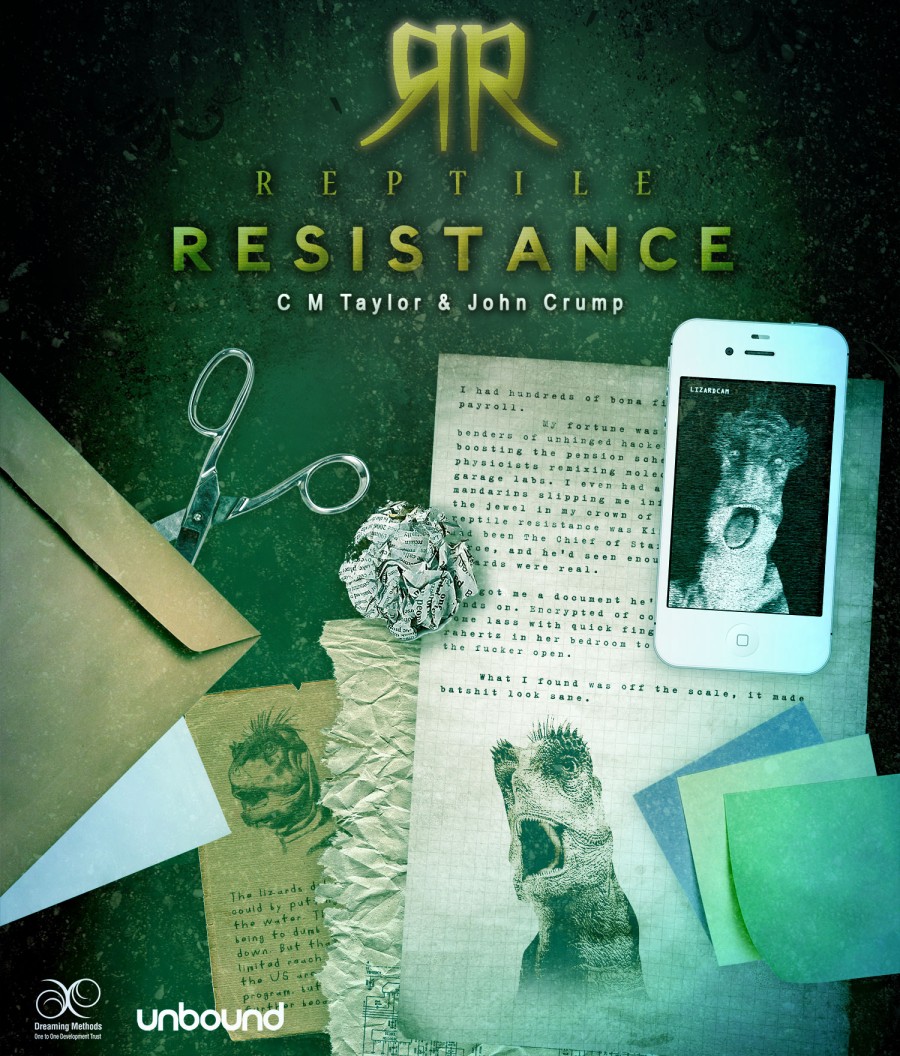 The award-winning crowdfunding publisher Unbound has launched its first foray beyond the world of books by launching a programme to fund the development of an iOS and Android app.

The project was launched on the site by C. M. Taylor - the pen-name of OICPS associate staff member Craig Taylor - and by John Crump. It uses written text, game play and video to tell its satirical tale. Neither book, computer game, nor film, but something between all three, Reptile Resistance is, according to its author/developers: ‘an experiment in narrative art.’

In the immersive story which unfolds on the app, Earth is run by a cabal of shape-shifting intergalactic lizards who use wifi to control the human mind, running the EU, NATO, the NSA, The Vatican, China, Russia and all world events via the moon (which is, of course, hollow and actually a reality-controlling super computer.)

The ‘hero’ of the tale, Dave Mansion, is a rockstar determined to use his funds to get to the bottom of it all, but when he’s murdered, it’s only the users of the app who can find his notebooks, crack the code and to unleash the tech to expose the lizards among us.

According to C. M. Taylor, these are exciting times for writers: 'With the proliferation of portable digital technology there are opportunities for story-tellers to work in new ways, We wanted to intersect out story with the world. We have embedded the Lizard Cam, a camera function which allows users to unmask shape-shifting lizards amongst their own families and friends, so that the story escapes from its bindings and mucks with real life.'

The project is a new departure for Unbound, previously known for crowdfunding and publishing books by authors such as Julie Burchill, Jonathan Meades, Kate Mosse, Katy Brand, Terry Jones and more. It has produced the Number 1 bestseller Letters of Note, while The Wake, published last year, became the first crowdfunded book to be longlisted for the Man Booker Prize.

Dan Kieran, CEO of Unbound, said: ‘The principles on which Unbound was founded - of finding new ways to reward the creative process and to allow readers and users to decide what is published do not just apply to books. We’re keen to find ways to reward creativity in any number of fields and to allow that creativity to find its audience. Taking that on to a new level with this app is an exciting development for us, and we’re looking forward to taking it to new audiences.’

Posted by .(JavaScript must be enabled to view this email address) on 20 Jan 2015 around 3pm