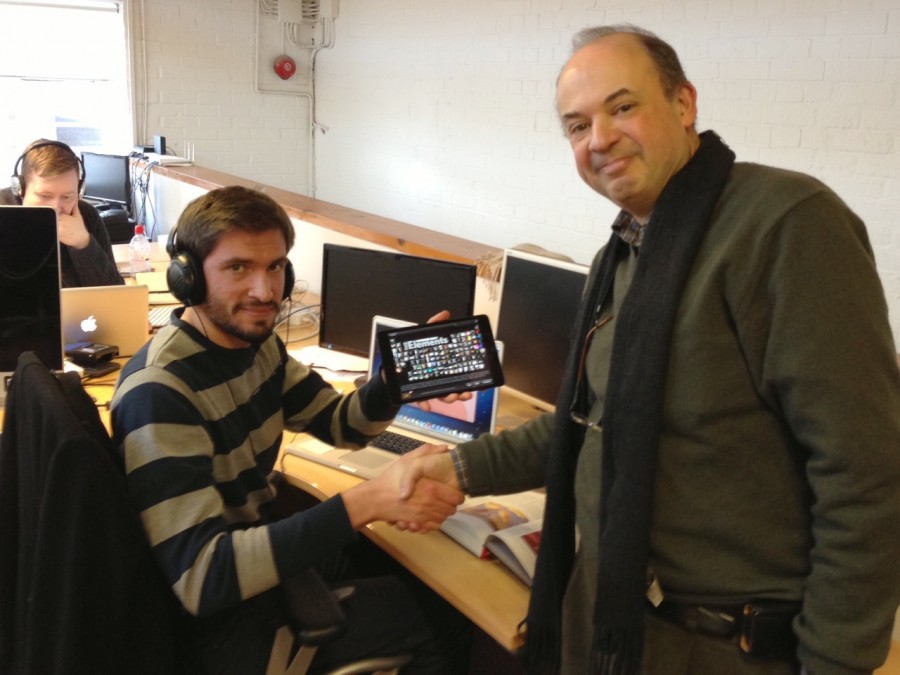 Matteo's major project (which received a distinction), was an enhanced eBook of the 70's Punk Rock band - The Clash. This fixed-layout eBook focussed on the iPad platform and included the contents of the album 'London Calling'. Matteo was able to synchronise the audio from the songs on the album with the lyrics which are highlighted as the music is played. The submitted report that accompanied this work proposed this as a 'proof of concept' for possible enhanced eBooks that converge music and eBook publishing.

Max Whitby of the award winning app developers and publishers Touch Press presented Matteo with the award at the Touch Press offices in London.

Touch Press have developed and published a range of popular iPad app including The Elements, The Solar System and The Orchestra.

Matteo Cocco now works for the New Internationalist in their office in Oxford, UK.

Posted by .(JavaScript must be enabled to view this email address) on 13 Feb 2013 around 9am