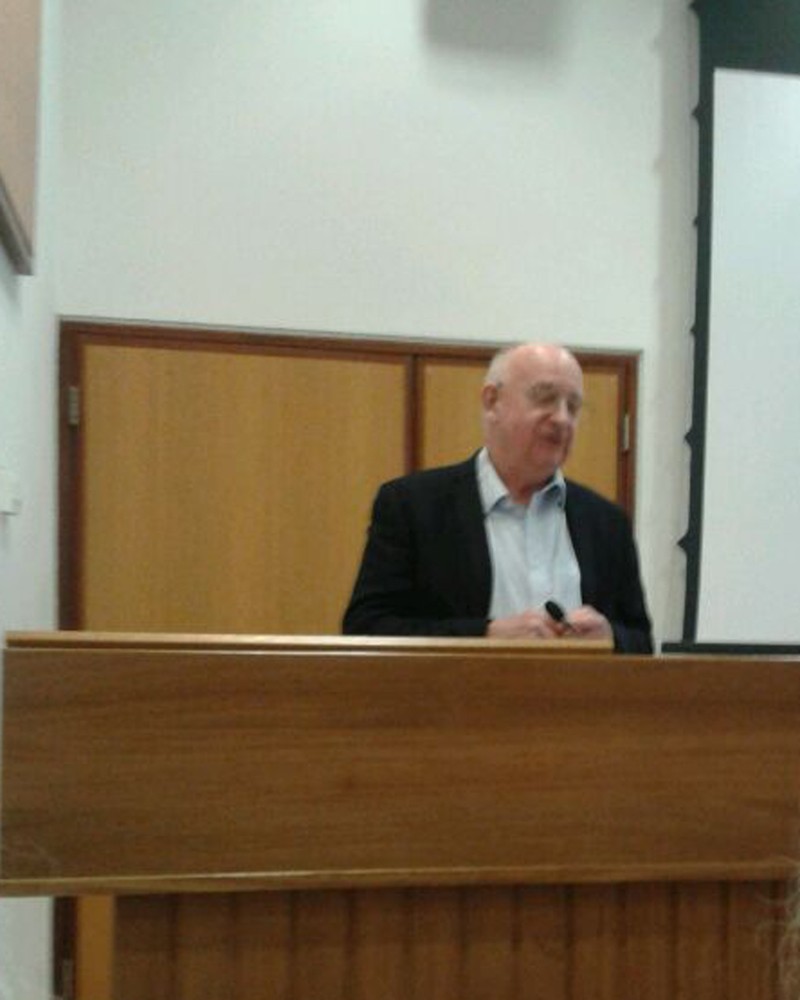 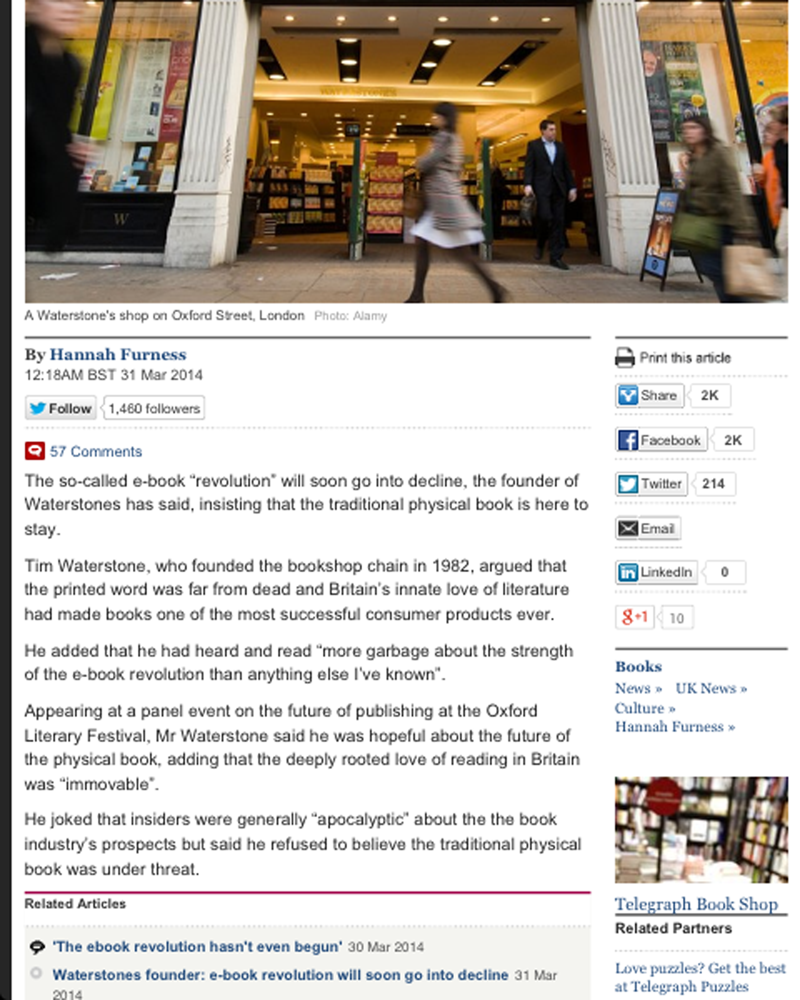 The Future of Publishing - press reaction

The final Saturday of the 2014 Oxford Literary Festival saw an event organized by the Oxford International Centre for Publishing Studies on the Future of Publishing. An expert panel of Anthony Cheetham, Nigel Newton, Richard Ovenden, and Tim Waterstone considered a range of questions around publishing, bookselling and libraries. With the decline in the number of independent bookshops, what is the future for the printed book? Will traditional publishing survive in this environment? Why do authors still need publishers? Should readers have a greater say in what is published?

The event was reported in the Telegraph newspaper, and the article focused on comments by Tim Waterstone on the ebook revolution ...

‘Tim Waterstone, who founded the bookshop chain in 1982, argued that the printed word was far from dead and Britain’s innate love of literature had made books one of the most successful consumer products ever.

He added that he had heard and read “more garbage about the strength of the e-book revolution than anything else I’ve known”.

Appearing at a panel event on the future of publishing at the Oxford Literary Festival, Mr Waterstone said he was hopeful about the future of the physical book, adding that the deeply rooted love of reading in Britain was “immovable”.’

The story was in turn commented on in the Guardian, where Nick Harkaway wrote a piece in response: 'The digital revolution is going into a decline, Tim Waterstone told the Oxford literary festival. Well, it's an attention-grabbing statement, ideally suited to our culture of assertive headlines, but it's probably not true. That's not to say that the rapid growth of digital will necessarily continue, either, certainly not in markets that are already saturated with handheld devices.'

Posted by .(JavaScript must be enabled to view this email address) on 01 Apr 2014 around 12pm