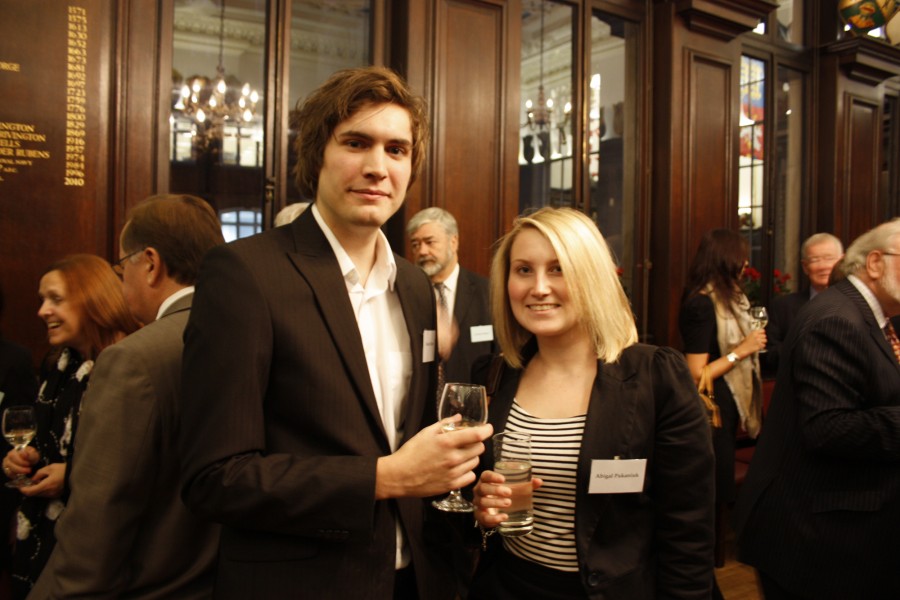 A new postgraduate bursary scheme was launched by the Stationers’ Foundation in 2010, and students from the MA in Publishing at Oxford Brookes received two out of the seven awards. Daniel Parker writes about his attendance at the awards evening:

‘I arrived at St Paul’s, a beautiful area of London under the shadow of the famous cathedral, around six-thirty in the evening. I was there to collect an award for the scholarship that I had received from the Stationers’ Foundation and to meet the members of the Worshipful Company of Stationers. The awards give master’s students on selected publishing and journalism courses a generous bursary and the chance to have a mentor to support them throughout their year of study. Oxford Brookes had two recipients of the award, Abigail Pukaniuk and myself. The evening was primarily intended to celebrate the arrival of the “freemen” into the company and so Abigail and I watched as six men and one woman took part in the initiation ceremony that symbolized their entrance into the guild. Then it was our turn to meet the Master of the Stationers’ Foundation.

Terrified, Abigail and I shuffled across the Stationers’ Hall to collect our certificates. The ten-foot gap between us and the Master became a chasm! Nevertheless we made it to collect our award and the scary part of our night was over. We drank in our surroundings: oak floors, high ceilings and the painted portraits of members past and present lining the walls. We were struck both by the beauty of the scene and our magnetism to the canapés – a delectable mixture of smoked ham, salmon rolls and mini-shepherd pies if I remember correctly! After munching on many a miniature snack (and devouring the odd glass of wine), we worked up the courage to speak to those around us. We bounced from one pleasant exchange to another; everyone we approached was friendly and happy to give us insight into their various roles in the industry. As the night drew to a close, I began to witness what the Master had stressed in his speech – a real sense of togetherness between Stationer members old and new. It was a fantastic evening and even though it was only my first night as a Stationer, I feel privileged to be part of its community.’

You can read more about the postgraduate bursary scheme here:

Posted by .(JavaScript must be enabled to view this email address) on 12 Nov 2010 around 9pm