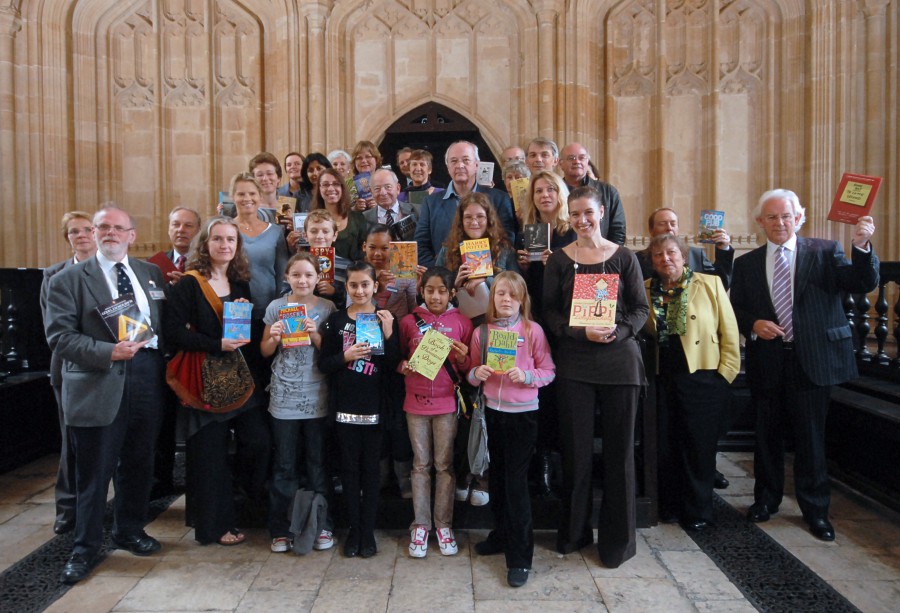 The bid was announced on Thursday 16th September at a reception held in the 400-year-old Convocation House at the Bodleian … Read More...

Oxford has formally launched a bid to become UNESCO World Book Capital in 2014. Since 2001 UNESCO has nominated a World Book Capital City to acknowledge the best year-long programme proposed by a city to promote books and foster reading. Successful programmes involve cooperation with local, national and international professional organizations representing writers, publishers, booksellers and librarians as well as communities and groups which encourage and promote reading. Oxford and its surrounding county of Oxfordshire have unparalleled resources and world renowned publishing and bookselling enterprises in place to support a programme of this kind, and there are probably more major, culturally diverse, authors based in or around Oxford than in any comparable city in the world.

For centuries, Oxfordshire’s authors have provided people of all ages around the world with timeless tales of imagination, passion and adventure, from Tolkien’s Lord of the Rings to Pullman’s Dark Materials trilogy or Lewis Carroll’s Alice’s Adventures in Wonderland. It is hard to ignore the rich heritage and impact this staggering literature has had on the world we live in today.

The bid is being co-ordinated by Oxford Inspires – the Cultural Development Agency for Oxfordshire – on behalf of a steering committee made up of the following partners: The Bodleian Libraries, The Story Museum, Oxfam, University of Oxford, Oxford Brookes University, Oxford University Press, Oxford City Council, Oxfordshire County Council, Oxford Literary Festival and Blackwell’s.

Oxford Brookes is represented on the steering committee by Angus Phillips, Director of the Oxford International Centre for Publishing Studies.

The bid was announced on Thursday 16th September at a reception held in the 400-year-old Convocation House at the Bodleian Library in Oxford and was attended by authors, heads of local government, publishers and book readers of all ages.

Posted by .(JavaScript must be enabled to view this email address) on 17 Sep 2010 around 8am

Filed Under #Publishing | #Oxford Centre for Publishing Consultancy and Research