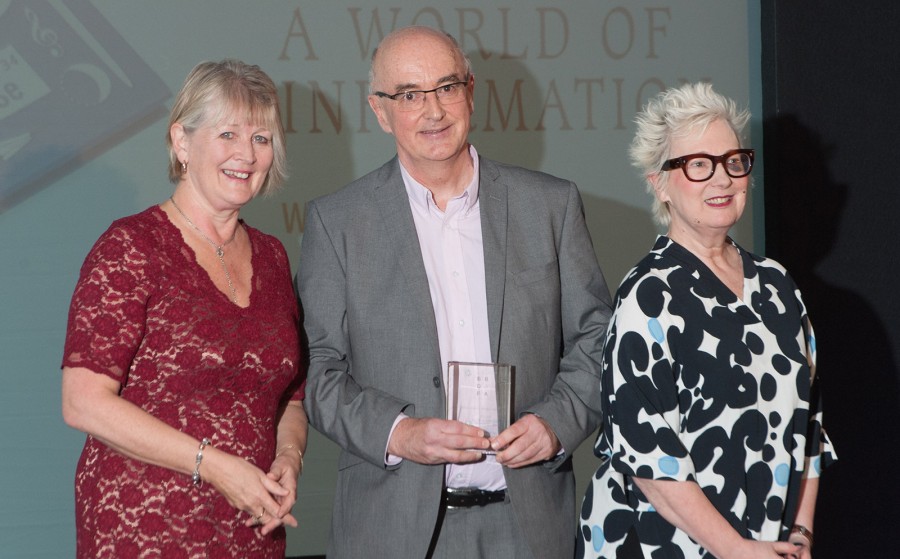 Beverley Tarquini presents the award for Best Educational Book to Alan Lee from Walker Books at the British Book Design and Production Awards on 16 November, featured here with the comedienne Jenny Eclair.

The British Book Design and Production Awards took place on Thursday 16 November 2017 at the Millenium Hotel in Mayfair, Central London.

The evening was hosted by guest presenter, Jenny Eclair, the first ever woman to win the Perrier Award for comedy at the 1995 Edinburgh Festival and who is well known for TV appearances on Loose Women, QI, I’m a Celebrity and Grumpy Old Women, as well as for her accomplished novels and writings.

Thames and Hudson were the overall winner of the awards, finishing at the top of two categories including Children’s Trade 9-16 for Think and Make like an Artist and Best Trade Illustrated Book for Bitten by Witch Fever. The winner of the Book of the Year was Havana by Lesley Gerry Editions.

Beverley Tarquini, Senior Lecturer at the Oxford International Centre for Publishing Studies, presented the award in the Educational category, sponsored by Oxford Brookes, to Walker Books for A World of Information.

You can see the full list of winners are on this web site.

Posted by .(JavaScript must be enabled to view this email address) on 19 Jan 2018 around 4pm