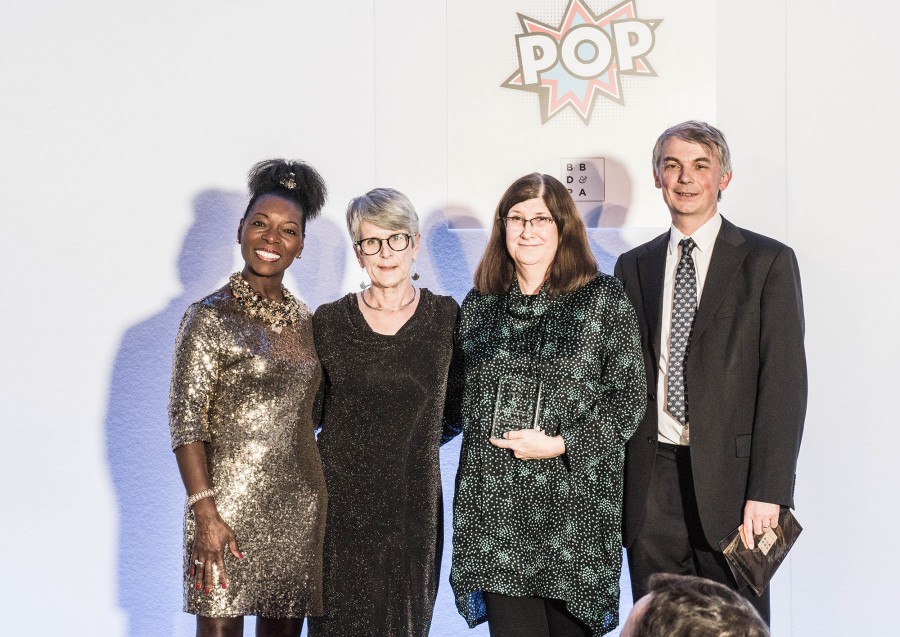 All the award winners with Floella Benjamin and Humpty

The British Book Design and Production Awards took place on Thursday 10 November 2016 at the Jumeirah Carlton Tower Hotel in Knightsbridge in central London. The guest host for the evening was Baroness Floella Benjamin, best known in households across the country for her children’s programmes such as ‘Playschool’ and ‘CBeebies’ Bedtime Stories’. In 2013 Floella was made a Fellow of the Shakespeare Birthplace Trust and throughout 2016 has been promoting their Shakespeare in Schools initiative.

The Folio Society were the outright winner of the awards, finishing at the top of three categories including Brand/Series Identity for their Folio Collectibles; Best British Book for their reproduction of Alice in Wonderland; and also the coveted prize of Book of the Year for the same title. The judges agreed it was ‘a worthy winner’ and said that ‘no detail has been left as standard; every element in creating this book has been endowed with the highest specification’.

Angus Phillips, Director of the Oxford International Centre for Publishing Studies, presented the award in the Primary, Secondary and Tertiary Education category, sponsored by Oxford Brookes, to the Hachette Children’s Group for the Kids Get Coding Series.

You can see the full list of winners here.

Posted by .(JavaScript must be enabled to view this email address) on 15 Nov 2016 around 1pm