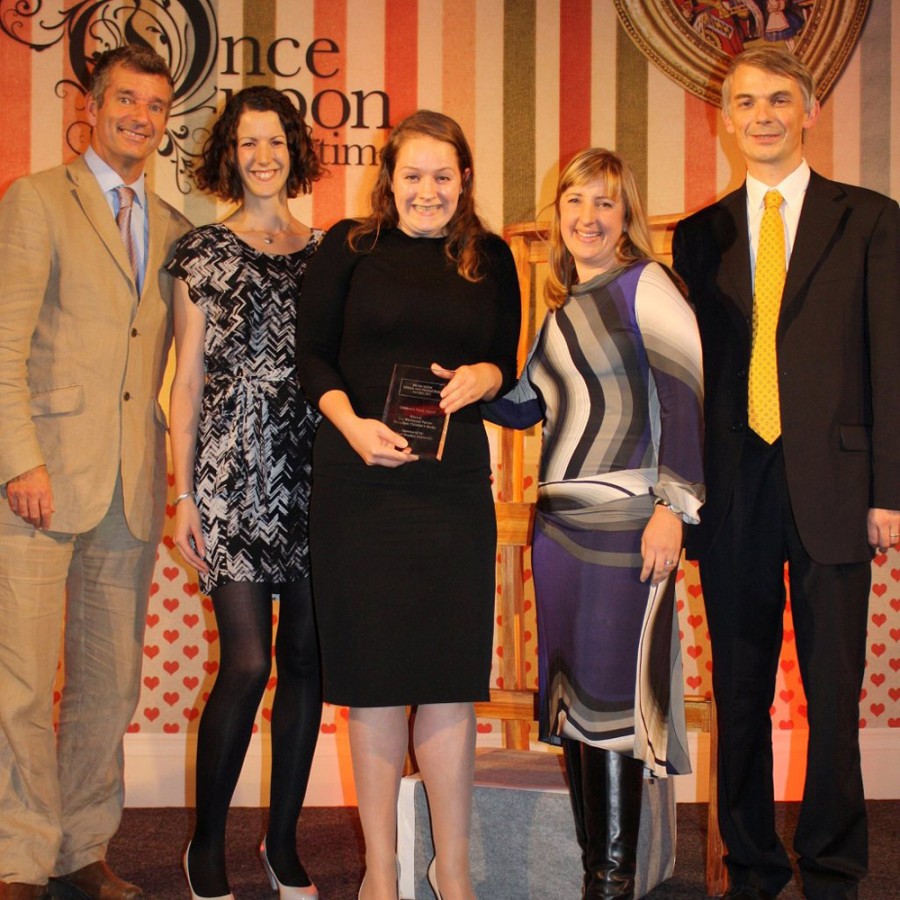 The British Book Design and Production Awards 2011 were celebrated at a glittering gala evening, held at the Lancaster London Hotel on Tuesday 8 November, with the great and the good of the publishing industry in attendance. The awards took the theme of Once Upon a Time whilst the celebrity host for the event was Tony Hawks, TV and radio comedian and bestselling author. He is the author of Round Ireland with a Fridge - the story of his quest to hitch round the circumference of Ireland within a month ... with a fridge.

The awards are designed to represent everything that is best in British book design and are seen as the flagship event in the industry’s year. A Book of Britain was selected to win the Book of the Year prize out of the winners of 16 other categories at the awards, supported by the British Printing Industries Federation (BPIF), Oxford Brookes University, and the Publishers Association. Published by HarperCollins, the book is written by countryside campaigner Sir Johnny Scott. The judging panel, made up of industry experts, said it won for its ‘glorious feel-good factor’ and ‘great choice of materials and images’.

Other category winners included Super Sad True Love Story by Gary Shteyngart, which won Best Cover/Jacket Design. Judges said they believed the novel’s multicoloured cover design had contributed to its success on the New York Times bestseller list.  Just My Type, a history of typefaces written by Simon Garfield and published by Profile Books, won the Best British Book category, entries for which had to be entirely produced within the UK. The categories included Limited Edition and Fine Binding, Literature and Children’s Trade, and a new category this year called ‘Best Use of Multimedia’. The judges were also very impressed with the entries for the Best Student Book award, which was open to anyone studying full-time or part-time on a recognised publishing, printing or design-based course within the UK. Angus Phillips, Director of the Oxford International Centre for Publishing Studies, presented the award for Children’s Trade, sponsored by Oxford Brookes, to Macmillan Children’s Books for Faye Hanson’s book, The Wychwood Fairies.

There were a record 430 entries this year, representing the rich diversity and high quality of British book design and production capabilities in the publishing sector. A five-strong panel consisting of industry experts from the design, publishing and production industries met over two days at Oxford Brookes University to select the shortlisted entries and winners.

Posted by .(JavaScript must be enabled to view this email address) on 16 Nov 2011 around 1pm