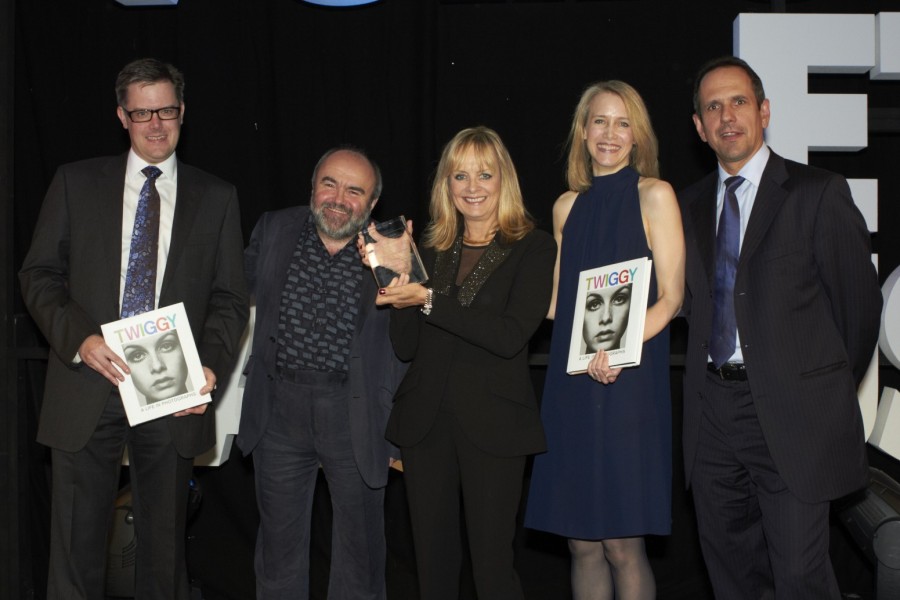 The British Printing Industries Federation (BPIF) Oxford Brookes University and The Publishers Association have announced the winners of the British Book Design and Production Awards 2010. The awards were celebrated at a glittering gala evening, held at The Lancaster London Hotel on 5th October, with the great and the good of the publishing industry, including a celebrity or two, in attendance.

The awards took the theme of Vultus et Tactus (Look and Feel in Latin) whilst the celebrity host for the event was Andy Hamilton, star of comedy, television and radio, including shows such as QI and Have I Got News For You. He is also a regular contributor to Radio 4’s News Quiz. Also in attendance was celebrity model and sixties icon Twiggy, whose book Twiggy – A Life in Photographs, won the Trade Illustrated Award.

The award for the highly acclaimed Book of the Year this year went to Britain by Bike, published by Anova Books, which received the accolade because according to the judges it was, ‘Nostalgic in feel yet thoroughly modern and useable, printed on quality paper it is a great little package.’

The awards, which saw a record 430 entries this year, represent the rich diversity and high quality of British book design and production capabilities in the publishing sector. A five-strong panel consisting of industry experts from the design, publishing and production industries met over two days at Oxford Brookes University to select the shortlisted entries and winners. In total this year there were 16 awards categories, which each saw a high calibre of quality entrants. The categories included Limited Edition and Fine Binding, Literature and Children’s Trade, and also a new category this year called Lifestyle Illustrated. Angus Phillips, Director of the Oxford International Centre for Publishing Studies, presented the award for Children’s Trade to Kate Thomas from HarperCollins for the book, The Heart and the Bottle, by Oliver Jeffers.

Posted by .(JavaScript must be enabled to view this email address) on 12 Oct 2010 around 4pm