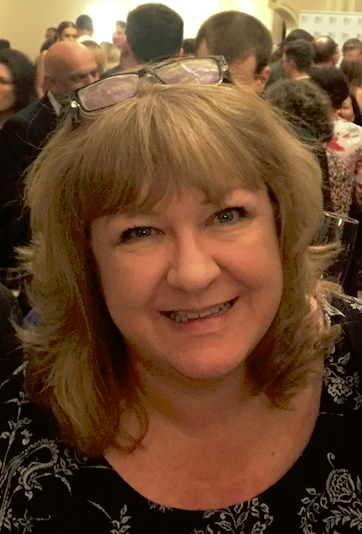 Kim Hewitt, an award-winning journalist, is the current Programme and Digital Editor at ITV News Meridian. She has a background in weekly and evening newspapers and spent her early years pounding the streets in search of those iconic red ‘phone boxes (ones that worked!) to file her copy.

That passion for news continued unabated when she joined ITV News Meridian in 1995, rising through the ranks of the newsdesk to become senior producer of the flagship regional news programme covering the South, South East and Thames Valley.

The passion for her role has led to recognition from the Royal Television Society with the team receiving prestigious national nominations and regional awards for coverage of major events.

She has worked on a number of big stories, including various Royal weddings; the Shoreham air crash; the 100thanniversary of Titanic; the Camber Sands tragedy and the 75th anniversary of D-Day when Donald Trump, the Queen and other world leaders visited Portsmouth.

Kim’s organisational skills were recognised in the coverage of Operation Bullfinch, the police operation into the grooming and abuse of children in Oxford. She was also the producer for the Gosport War Memorial Hospital scandal, when more than 450 elderly patients died needlessly because of life-shortening drugs.

She also worked on coverage of Chichester astronaut Tim Peake’s training in Germany and preparations for his historic ‘spacewalk’. During the mission in 2016, live pictures were beamed into ITN’s network news and played live on the ITV News Meridian website.

Kim has a knack of persuading people to tell their stories, against all odds, and has obtained many exclusive interviews. She prides herself on having an eye for detail, and the ability to decide how stories should be told in the main programme and online.

Kim is a member of the Royal Television Society (Southern Region) and is an industry advisor at Oxford Brookes, working with the University and the National Council for the Training of Journalists. She enjoys passing on her knowledge to new recruits in all forms of the media.