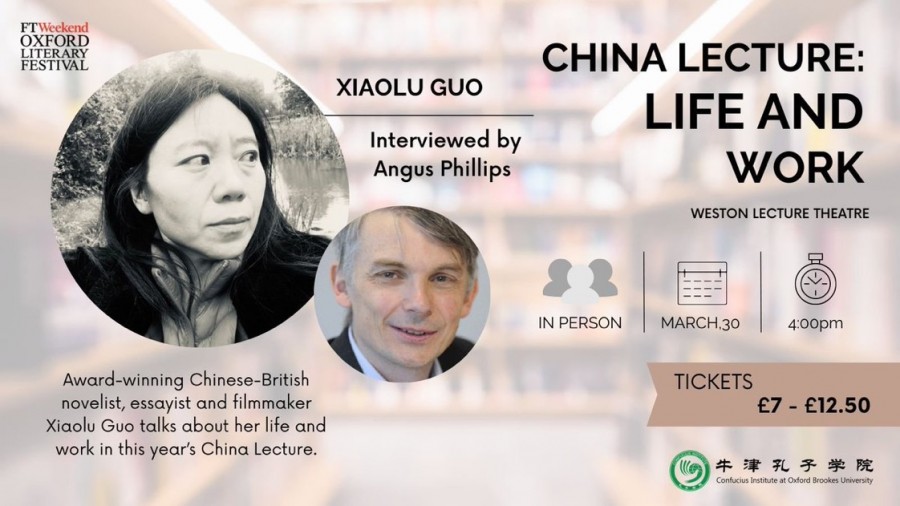 Award-winning Chinese-British novelist, essayist and filmmaker Xiaolu Guo talks about her life and work at the Oxford Literary Festival

Guo was brought up in Wenling in China. After studying film in Beijing, she moved to London in 2002. She has directed a dozen films, both fiction and non-fiction, and written seven novels. Her films and writing explore themes of migration, alienation, memory, personal journeys, feminism, translation, and transnational identities. Her most recent novel is A Lover’s Discourse, shortlisted for the Goldsmith Prize 2020 and longlisted for the Orwell Prize 2021. Her memoir, Once Upon A Time In the East, won the National Book Critics Circle Award 2017. Her films include How Is Your Fish Today and UFO In Her Eyes.

Guo is a visiting professor at the City University of New York. Here she talks to Professor Angus Phillips, director of the Oxford International Centre for Publishing at Oxford Brookes University.

The event is presented by the Confucius Institute and the Oxford International Centre for Publishing at Oxford Brookes University. A previous Confucius Institute event at the festival was an interview with Man Asian Literary Prize Winner Su Tong (2018).