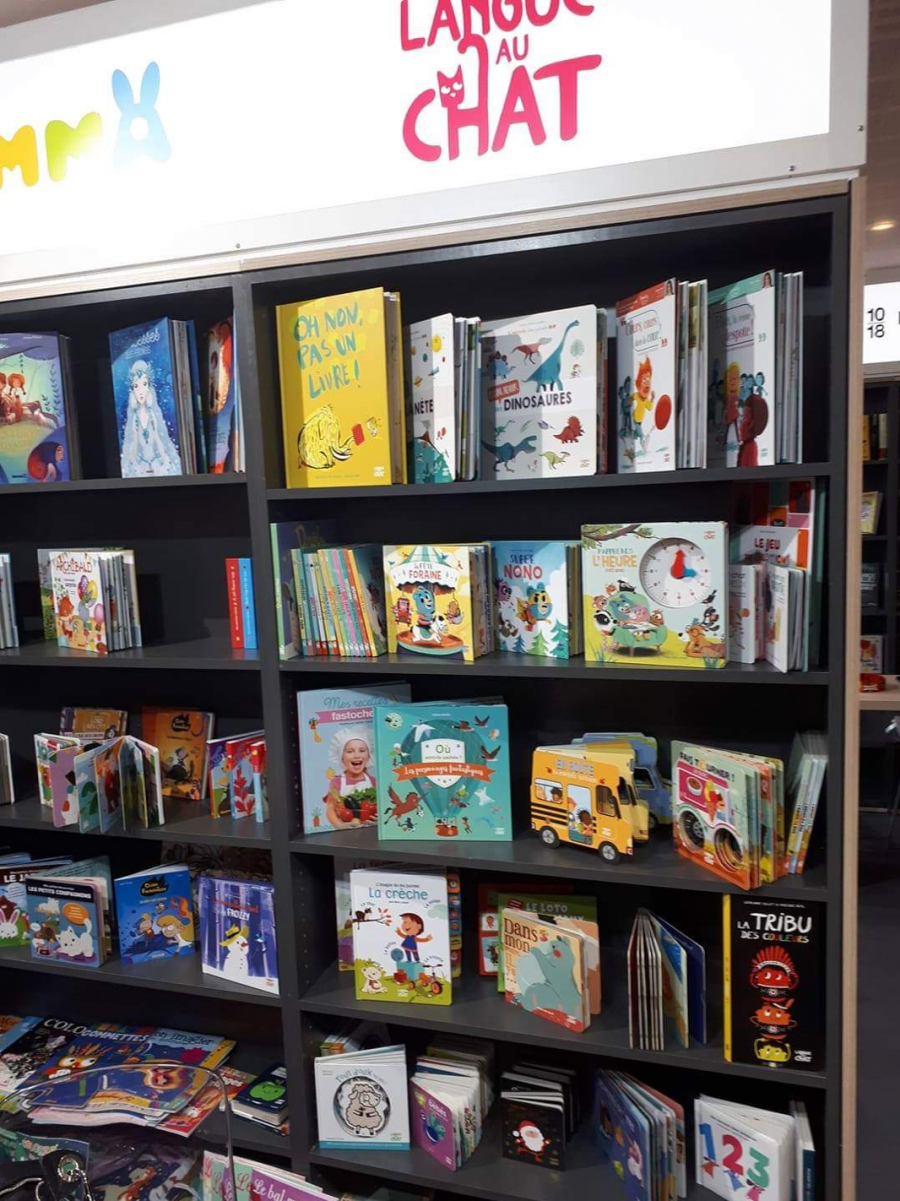 For the last five years I work at Hemma Publishing House a children's publishing house located in Belgium but owned by the second bigger publishing group in France, Group Editis. My role is a combination of Publisher, Acquisition Editor and Product Development. We publish 350 new titles per year where 120 are Disney. Our age group is 3-6 years old and we are very strong is colouring and activity books, box sets, compilation of fairy tales and stories.

This year was the celebration of the 70th anniversary of the Frankfurt Book Fair as well as the 70th anniversary of the Universal Declaration of Human Rights. Thus, the campaign for the human rights #onthesamepage was launched by the fair and the German Publishers and Booksellers Association. As Juergen Boos, the director of Frankfurt Buchmesse said "we want to set an example of a peaceful meeting of cultures, making it clear that the Frankfurter Buchmesse platform […] works because basic liberal principles and respect for the other are considered non-negotiable values here" (Anderson, 2018)

This year’s guest of honour was Georgia and a program of different presentations gave the opportunity to publishers and visitors to discover the culture and publishing production of the country.

Usually, during the fair the Nobel Prize of Literature is announced giving a boost to sales'rights, especially if the author or poet is an outsider. This year the Academy was forced to postpone it in 2019 under the pressure of sexual assault allegations. see this Independent article.

I have visited the fair for over 15 years now; I even remember the time when we could smoke in the halls. Frankfurt Book Fair is an amazing place to be. It is still a big fair with many different halls.  However, the last 3-4 years the signs of shrinkage are obvious from the closure of the biggest hall - number 8. The fair used to last six days (from Wednesday to Monday); now officially it lasts five (from Wednesday to Sunday) but from Friday afternoon the halls are already half empty.

This year I visited the fair for three days having 15 half-hour meetings per day. We usually don't buy rights during the fair (this happens mostly for literature or YA titles and now more often for non-fiction titles). We visit stands, see the books and the new projects, ask for samples or pdfs and review them during editorial meetings in due time. After that, we make offers on royalties/advance or negotiate pricing for co-editions. Or we don't. Sometimes meetings with specific publishing houses happen just to get inspired or to find out new trends.

We have our own stand also with our foreign rights team to sell our books in other languages.

This year was a peculiar one. We recently (two months ago) changed editorial strategy to be more bookshop oriented; we used to be more mass market and we will continue this business with our licensed products. This is a tough challenge for me as I had already booked my meetings with specific guidelines in mind. One of the trends I saw was that all the books around strong female characters continue to take a very important part of publishers catalogues. This year, during three different meetings books on real animal heroes appear from the secrets drawer. In general, documentary and reference titles for children 6+ are a very strong subject and many publishers decide to invest in this category with various book formats.

Discussing general trends, after the extremely successful one of adults' coloring books this year the new "powerhouse energy" (Anderson, 2018) is political books. Another format, which we all know is a growing one, is audiobooks so in Frankfurt this year we saw the first conference organized to discuss this evolving market.

Two subjects that everyone was discussing were the copyright law reforms and the subscription models.

To close this short post, as so many things happen these few days, it is interesting to know that a new imprint was launched by HarperCollins with the intriguing name Mudlark.

To learn more on new trends and the hot deals of the fair check the Show Magazines from Publishing Perspectivesand The Booksellersboth launched daily during the Fair.

Edited by .(JavaScript must be enabled to view this email address) on 29 Oct 2018 around 6pm