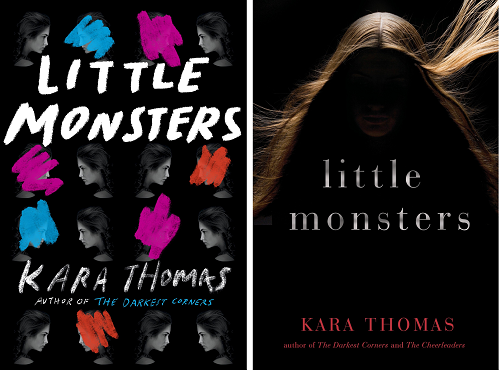 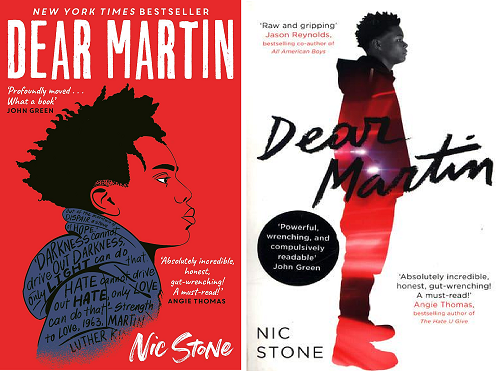 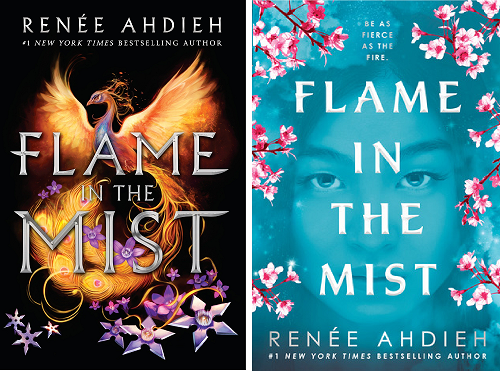 Crossover Covers - YA All Grown Up

Books covers today need to be 'attention-grabbing' (Violet Bramley, 2021) but they also need to signpost to the potential reader 'hey, I'm for you!'.  In this blog post, alumni Yasminn Brown shines a light on the design choices made in the rejacketing of YA books for the adult market. There is of course a cost to rejacketing a title so publishers tend to do this only when they are sure the work has a significant crossover appeal and thus warrants the extra spend. Yasminn has hunted down some interesting contemporary examples of bestselling YA worthy of a new look.

As many of you will know, Young Adult books are not just for teenagers anymore. Many of these fantasy-filled, imaginative books have captured the minds of adults and crossed over into the adult fiction market. Of course, different audiences have different style preferences in terms of the book covers that attract them. As part of an assignment on the undergraduate publishing degree at Brookes, I had to design 4 covers for an original YA list. I used bright colours with abstract imagery to contrast against a dark background; things I had observed trending during my research. It made me wonder, would the covers I had designed work with an adult audience?

Below I explore three examples of YA covers that have been redesigned specifically to target an older audience.

The two covers have some similarities such as the black background and the use of a woman’s profile, however, their differences far outweigh their similarities. The YA cover uses brighter, more attractive colours that are scribbled on the page in a way that resembles chalk. The title is written in all capitals, a common aspect of YA typography, and boldly stands out from the dark background, breaking up the repetitiveness of a young woman’s headshot on the cover. On the other hand, the adult cover uses muted colours and a singular image of a woman of an unidentifiable age. The title is in all lowercase and uses silver foil for the lettering which, in my opinion, highlights how simple the imagery around it is. I’ve noticed that adult covers often use more realistic imagery, using photography combined with some fantasy elements to attract an older audience, whereas YA covers focus more on graphical design.

As with Kara Thomas’ book, there is a clear contrast between the two book covers. Red is the background of the YA cover and is very bold and eye-catching, bleeding into the central image which could be symbolic of actual blood. On the other hand, the second cover sporadically uses it inside the silhouette of a man, paired with the image of headlights. Even though red is used differently in both, it still manages to convey a similar sense of danger. An important aspect that really stood out for me is the Martin Luther King quote and I questioned why it wasn’t carried over to the adult cover. Possibly to give the adult cover a more distinguished feel by focusing on imagery and using cursive text? There are also unmistakeable similarities between the covers, such as the visual of a young man. The YA cover displays a close-up side profile of him in a hoodie whereas the adult cover displays a full body side profile. Despite the design differences - one is a drawing whilst the other is a photograph - the man displayed on both covers could very easily be the same, creating a good synergy between the two. However, the adult cover is again simpler than its predecessor, supporting the idea that simpler covers sell more to an older audience.

The third pair of covers - my personal favourites - evoke a real sense of fantasy. These covers have clear similarities that show a good synergy between them. The typography is very similar and the use of flowers is carried over from the YA to adult cover, both making the covers seem more mystical. However, the difference between the central image and colour scheme clearly indicates a contrast in their target audience. The eye-catching image of a phoenix is a fantastical emblem of YA books that, to me, is a glaringly obvious way to attract teens who adore the fantasy genre. This bold image, alongside flowers resembling ninja stars littered around, makes the cover seem very busy which is the opposite of how the adult cover is presented. The colours are more muted and complimentary, making the cover very easy on the eye. The portrait of a young woman is faded, blending into the blue of the background but managing to maintain a sense of realism with the use of photographic imagery.

In each of the three cases, for all the differences there are some clear similarities between the jackets, they share a visual identity but the adult versions are well, just a little more grown-up. It seems simplicity and realism sells if you want to create a YA-adult crossover book.

About the author of this article

Yasminn Brown is an alumni from Brookes who graduated in 2018 with a first-class degree in publishing. She has a passion for design and editing and aspires to work in trade publishing. You can follow her on Twitter @ymbrown95 and LinkedIn.

Edited by .(JavaScript must be enabled to view this email address) on 29 Apr 2021 around 1pm