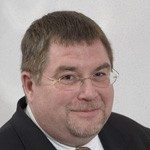 Michael Mabe is Chief Executive Officer of the International Association of Scientific, Technical and Medical Publishers (known as STM) and has thirty-five years’ experience of academic publishing. After growing up on the Sussex coast of England, he read chemistry and did research into Carbon Dating at Oxford University, joining Oxford University Press in 1980. Prior to leading STM, he held a number of senior publishing and management positions at the British Standards Institution, Pergamon Press and Elsevier. He has served 2006-14 on the Board of the International Federation of Reprographic Rights Organisations and numerous publishing industry committees and groups.

He is a Visiting Professor in Information Studies at University College London and at the University of Tennessee, Knoxville, USA, and speaks and writes regularly about the academic publishing system. From 2008-12 he was Chair of (and publisher representative on) the PEER Project, a major multi-stakeholder European Union-funded research study of the effects of systematic Green Open Access on researchers, libraries, publishers, journals and repositories which reported its behavioural, economic and usage results in 2012.