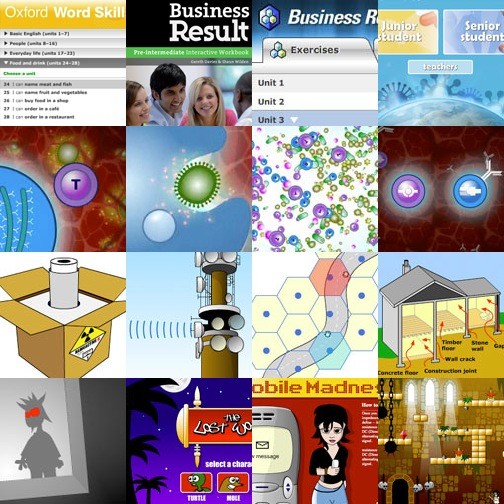 Grove Street Media is a new media production company specialising in eLearning products but also working on a range of products and services for the entertainment and advertising industries and government agencies.

Missed this event?  Find out what our students thought in the summary blog below...

Grove Street Media began 10 years ago in north Oxford, it is a small company. This year it will earn its millionth pound, having worked extensively with companies such as Oxford University Press. Their remit is to design for and communicate through screens and provide users with a barrier-less experience; user interface and user experience (UI/UX) is central to what they do. When working with a client Tom emphasised the importance of communication, talking to people, showing them what you can do and how it can help them.

Often clients will ask for more complex technology than they really need, increasing their costs and often the amount of time needed to create the product.  Should a client commission an app when the same content could be produced as a website and reduce costs by 90%? However, there are exceptions, sometimes while working just as well as a website an app will be made purely for the ease of marketing it. Apps get free marketing just by being in the appstores of various platforms, websites get no such treatment. This can be risky, however, as there is no assurance that an app will be featured prominently.

The rise of the app also presents some problems when it comes to the design of digital media; Grove Street Media often include icons as buttons in their designs, they serve to make the design both fun and visually appealing. On the web, hovering over such an icon will often tell you what it does, making users more willing to click something unfamiliar. Tablets, with their touch screen technology, do not have roll-over capabilities meaning that users may not click buttons which do not explicitly state their function. One of the roles of digital media production is to solve these problems and ensure complete functionality on all platforms. Grove Street Media work on the notion that if it has a screen, they can develop for it.

A typical digital media offering includes great content, attractive graphics and a good layout, and is often made up of audio, animation/video, images, user interaction and server-side stuff (such as HTML5 and jQuery). Often digital media looks complicated to create when it is actually relatively simple. To illustrate this, Tom gave us a live demonstration of the creation of a simple web-based ‘chasing game’. Calling for suggestions from the audience the game ended up with the setting of a spaghetti western, with the characters, Kim Kardashian and a Giraffe, having a race. Bringing those who suggested the characters to the front, the game was played and Kim won.

This led into a discussion about the issues faced by developers especially when working with the internet: plagiarism, content can be easily copied, it is what you offer that makes you stand out amongst the competition (take advantage of your competitors; look at what they’re doing and work out how you could do it better; development and testing, the latter is often overlooked by clients even though it often takes just as much time and money as development; and the choice between innovation and usability, while it is possible to do both if there is a choice, always opt for usability.

As we move through our New Product Development module this talk is incredibly useful, most divisions are delving into digital for their projects and with this lecture we have been given things to consider:

All of the Digital Lunchtime Lectures have been incredibly insightful and Tom’s talk finished the series on a high note; both informal and informative, we were led through the workings of and issues involved in digital media production alongside examples such as e-Bug.eu and OUP’s phonics CD-ROM series. As we move between our MA publishing careers through to our futures in the publishing industry the lessons gleaned from these talks will be incredibly valuable, especially with the shift from print to digital.

Emma Carroll is a photographer who writes, currently working towards a Masters in Publishing at OICPS, with a focus on digital media and children’s publishing; she one day hopes to find a career in both. Emma hosts a blog on WordPress and can be found via Twitter @Keychild and LinkedIn.